The demand for this scientific platform is rapidly growing 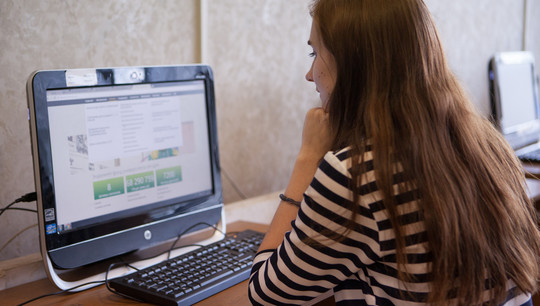 Ural Federal University develops the scientific output management in the system called 'Pure'. Scientists and faculty frequently use 'Pure' platform has significantly increased the amount of stored information; recently touched the milestone for 40 thousand publications. During 2019, nearly 12 thousand different types of publications were added to the system. 'Pure' portal's significance and demand is highlighted in the increase in the number of users, sessions and browsing pages.Elena Ohezina, Head at the Department of Information and Analytical Support, talked about the results of the service for 2019 and plans to improve it in 2020 in her interview for the latest issue of the newspaper “Uralskii Federalniy”, released on February 10.

“In 2019, the portal recorded 1.5 million pageviews,” notes Elena Ohezina. - Remarkably, 7 countries from the top-10 in sessions are in the top 10 in terms of the number of joint publications. That confirms that the portal helps spreading information about our scientists making their outputs more visible in the global digital scientific space.”

In this issue, which is completely devoted to the Day of Russian Science held on February 8, you will also find an interview with Vice-Rector for Science Vladimir Kruzhaiev, who spoke about the results of the university’s scientific activity last year. In addition, representatives of various institutes of the university, who in 2019 became the most mentioned scientists in the media, revealed the essence of their research on the pages of the newspaper.