The seminar 'Russia and Britain: Ideas and Values ​​in an Era of Change (XVII-XVIII centuries)' took place online, as scholars from University College of London and Ural Federal University discussed historical issues of Ideas and Values 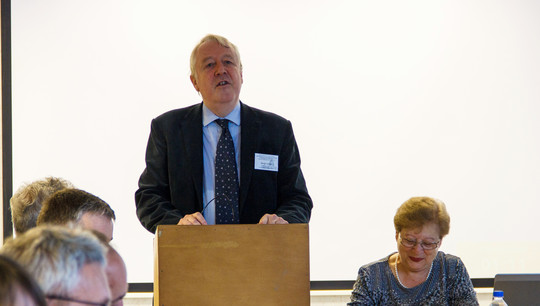 Historians of the Ural Federal University, together with the Russian Society for Intellectual History and University College London (UCL), held an international scientific seminar "Russia and Britain: Ideas and Values ​​in an Era of Change (XVII-XVIII centuries)". During round tables, scholars discussed such topics as civil society and power in an era of change, moral and ethical values ​​as an intellectual phenomenon and the national idea and imperial project.

“The seminar showed the productivity of the chosen comparative strategy of studying the experiences of intellectual practices in Britain and Russia in moving from a 'culture of the spirit' to a 'culture of reason,'” the organizers note. "The discussion revealed that the focus is on the symbolic-semantic, ideal-value and moral-moral spheres of the intellectual field of the era of change, the ability of intellectuals to produce and legitimize ideas, meanings, meanings and knowledge in the transformation processes of the early modern era."

The discussions that took place at the seminar became a decisive preparatory stage for writing the collective monograph “Culture of the Spirit” vs “Culture of Mind”: Intellectuals and Power in Britain and Russia in the Era of Changes (XVII – XVIII centuries) ”.

The seminar was held on July 10 with the financial support of the Russian Science Foundation (project No. 19-18-00186).

The event was attended by leading specialists in Russian and English studies from Russia, Europe and the USA. Welcoming remarks were made by Professor of the UCL School of Slavonic and East European Studies (SSEES) Simon Dixon and Lorina Repina, Chief Researcher of the Laboratory of Traditional Archeography of the Ural Federal University, Corresponding Member of the Russian Academy of Sciences.

The meeting became a logical continuation of a series of seminars, the first of which was also held on the basis of UrFU on September 5-6, 2019.