The solution could simplify construction planning 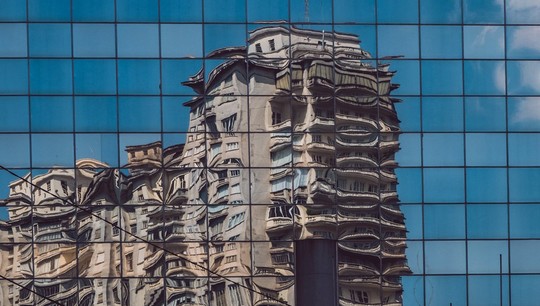 The equations will help simulate the distribution of a viscous adhesive in a sandwich composite. Photo: unsplash.com/ Davidsonluna.

Scientists at the Ural Federal University have found a new exact solution for the Boussinesq-Oberbeck equations, which allows them to be reduced to simpler differential equations. This solution also makes it possible to influence the direction of flows in a liquid and can be used in the development of new, more durable samples of building materials, such as sandwich composites. The article 'On Marangoni shear convective flows of inhomogeneous viscous incompressible fluids in view of the Soret effect' was published in the Journal of King Saud University - Science.

Rheology is a science that studies the deformation of materials and flow properties. She is also engaged in the study of thermocapillary flows, fluid movements under the action of surface tension forces. This phenomenon plays an important role in many areas of technology, geophysics, biomechanics, magnetohydrodynamics and other disciplines. For example, thermocapillary flows are one of the key factors taken into account in modeling laser processing of materials with surface layer melting. In this regard, there is a need for mathematical modeling of fluid movement.

Today, scientists are looking for ways to control the characteristics of these currents, for example, through the direction of counter flows. To describe convection (a type of heat transfer in which heat transfer is caused by the transfer of masses of liquid or gas), there already exists a model that is determined by the Boussinesq-Oberbeck equations. It includes the Navier-Stokes equation (the equation of motion for a viscous fluid), the heat conduction equation, and the incompressibility equation. In the case of shear flows, the system of equations of this model turns out to be overdetermined, that is, the number of equations is greater than the number of variables, although the equality of these values ​​is sufficient for an unambiguous solution. Therefore, scientists were looking for a new solution for shear flows.

One of the objectives of the study was to determine the key relationships between the parameters that define the task. These ratios would make it possible to control the characteristics of the flow, for example, by varying the heating parameters of the layer or its thickness, to avoid or guarantee the occurrence of counterflow in the liquid. The article investigates the shear flow of a viscous Marangoni mixture taking into account the Soret effect. That is, the significant influence of the resulting surface tension gradient (Marangoni effect) and the resulting thermal gradient (Soret effect) is taken into account. The authors, in particular, used the apparatus of linear algebra and polynomial theory to estimate the number of critical points of the resulting exact polynomial solution.

“The selected generalized class of exact solutions, proposed by the co-author, Doctor of Physical and Mathematical Sciences Evgeny Prosviryakov, allows us to reduce the system of Oberbeck-Boussinesq equations to a system of ordinary differential equations. The resulting reduced system has an analytical solution that is polynomial. Modeling the distribution of viscous glue in a sandwich composite can be considered as one of the topical applications. These structural materials are in particular demand in construction, but widespread use is also observed in the field of transport, wind power, shipbuilding. A significant advantage of such composites is the ability to reduce the weight of the finished product without loss of mechanical characteristics; this property is provided by a special, multilayer structure. The exact solution we have constructed will help to find a way to more firmly connect these layers through the effective distribution of the adhesive material inside the composite,” explains Natalya Burmasheva, Researcher of the Sector of Nonlinear Vortex Hydrodynamics, Institute of Engineering Science, Ural Branch of the Russian Academy of Sciences