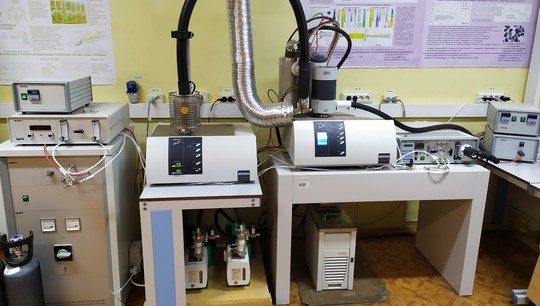 Scientists from the Ural Federal and Tomsk Polytechnic Universities have figured out how to reduce emissions of harmful substances when burning coal waste. Physicists suggested adding sawdust to it.

An article describing the technology was published in Science of The Total Environment.

Waste from coal preparation - wet high-ash filter cake, accumulated in huge volumes on the territory of the Kuznetsk coal basin (Kemerovo region). It is a viscous sticky mass that looks like black mud. In terms of chemical composition, the filter cake is close to low-grade coal. Due to the high humidity and ash content, its combustion in the furnaces of power boilers is much more difficult. Taking into account the problems arising during transportation (in summer - adhesion, in winter - freezing), it is practically impossible.

This problem can be solved by diluting the filter cake with water and supplying the resulting coal-water suspension to the furnace of the power boiler using a pump. To facilitate the ignition of a coal-water suspension in Tomsk, it was proposed to add woodworking waste (sawdust) to it, which is also widely represented in Western Siberia.

Scientists have studied the process of ignition and combustion of a coal-water suspension based on filter cake and sawdust in the temperature range from 300 ℃ to 1000 ℃, that is, from the beginning of the release under thermal influence of volatile carbon-containing substances to the limiting capabilities of laboratory muffle electric furnaces. For this, two combustion technologies were used - when the sample was fed into an already heated furnace (700–1000 ℃) - which simulates the process in the furnace of an energy boiler, and when the sample was heated together with the furnace (300–600 ℃) - which makes it possible to reveal the mechanism of the physical chemical processes.

In the first case, a TPU installation was used, in the second, a synchronous thermal analysis complex manufactured by Netzsch (Germany) located in the Ural Federal University. The study of a non-standard for the complex of thermal analysis of the fuel combustion process became possible thanks to special experimental methods and processing of the results obtained, which were developed by a team of Ural Federal University scientists under the leadership of Professor of the Department of Thermal Power Plants Alexander Ryzhkov.

“According to the results of the experiments, it was found that, in comparison with the combustion of coal used in the power industry, the combustion of a coal-water suspension of a filter cake reduces the emissions of sulfur and nitrogen oxides with combustion products by more than 40%. As the moisture evaporates and volatile substances are released from the fuel, the sulfur and nitrogen contained in it enter into chemical reactions with the components of the ash and are thus “trapped” by it, and not released in the form of gaseous oxides, ”explains Alexander Ryzhkov, head of the study from UrFU.

Emissions of sulfur and nitrogen oxides are reduced by another 12–35% with the addition of biomass filter cake (sawdust) to the coal-water suspension. According to scientists, this is due to the interaction of sulfur with alkali metals contained in biomass. The decrease in nitrogen oxide emissions is due to the reduction of oxides when interacting with hydrogen formed during the pyrolysis of biomass.

“At the same time, the results of our experiments have clearly demonstrated that the combustion of dried filter cakes in the absence of water vapor leads to increased emissions of sulfur and nitrogen oxides. There are even more of them than with the combustion of coal used in the power industry, "- emphasizes the lecturer at the Department of Thermal Power Plants at UrFU, research participant and co-author of the article, Alexander Nikitin.

The results obtained made it possible to reveal the mechanism of the transformation of sulfur and nitrogen during the combustion of coal-water fuels and will be used to improve the industrial technology for the utilization of waste coal. The scientific project complies with the provisions of the Paris Agreement, which is aimed at reducing emissions of harmful substances into the atmosphere and reducing the rate of global warming.