Will the leading experts on meteorites come to Russia?
More

Will the leading experts on meteorites come to Russia? 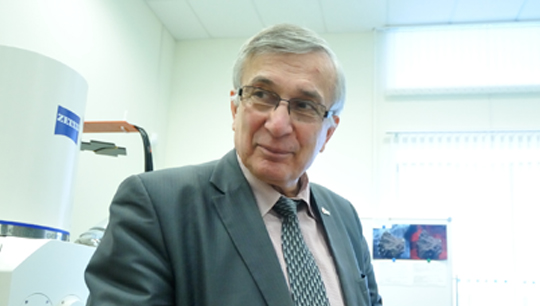 Victor Grokhovsky will tell foreign colleagues about the results of studies of the Chelyabinsk meteorite. Photo: Artem Ustyuzhanin

“Ural Federal University is ready to become a co-organizer of the Meeting of International Meteoritical Society in 2018, in case it is held in Russia,” - announced UrFU Professor Victor Grokhovsky to the participants of the congress, which this year was took place in Morocco.

The final decision on the venue of the meeting in 2018 will be made until September 14 by the Council, which includes the world's leading experts in meteorites. At the congress in Casablanca Russia is represented by seven UrFU scientists.

Professor Grokhovsky will present the world's scientific community the results of studies of the physical properties and structure of the Chelyabinsk meteorite. UrFU scientists prepared 10 reports and will take part in seminars on such topics as the search and storage of meteoritic matter.

Our representatives are postgraduate students: Gregory Yakovlev, Razilya Gizatullina, Alevtina Maximova; and academic staff of the University: Michael Oshtrakh, Maria Gritsevich and Natalia Bezaeva. They are all members of the laboratory “Extra Terra Consortium”, which was organized in the university within the frames of the programs aimed to enhance global competitiveness.

300 participants of the meeting will work in several parallel sessions on various aspects of the study of extraterrestrial matter.