‘Partnership beyond the Earth’: Russia and Germany have joined their efforts to study organic substance evolution in space
More

‘Partnership beyond the Earth’: Russia and Germany have joined their efforts to study organic substance evolution in space

German and Russian scientists will study the mechanisms of formation and evolution of organic substances in relation to the formation of stars and planetary systems. As part of Project 5-100, Ural Federal University (UrFU) is creating the first research group in partnership with the Max Planck Institute for Extraterrestrial Physics, which is currently the first group of this kind in Russia 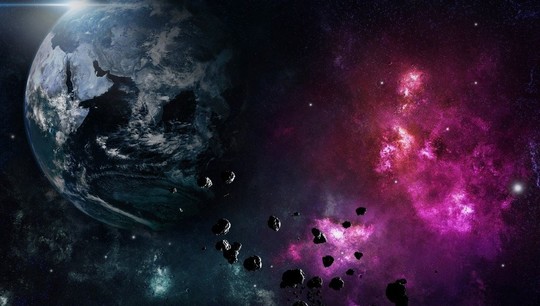 Photo from the open sources

The institutions will cooperate in the form of a "partner research group"; its formation has been approved by the Presidium of the Max Planck Society. The German party will allocate about 1.5 million rubles per year for collaborative research in the next three years.

According to Anton Vasyunin, head of the Astrochemistry and Extraterrestrial Physics Laboratory which is being established at the Department of Astronomy, Geodesy and Environmental Monitoring of the Institute of Natural Sciences and Mathematics at UrFU. The group will study how organic substances form and evolve in the areas where stars and planetary systems form, i.e. in extremely low temperature and density. Expert says that the origins of life in the universe is one of the most fundamental issues for interdisciplinary studies in modern science, and astrophysical research aimed at studying  molecular composition of the interstellar medium considerably contributes to tackling this issue. Russian specialists will contribute to joint work primarily by conducting theoretical, quantitative and observational research of the evolution of chemical composition of interstellar objects.

"The group will work primarily in the sphere of astrochemistry, which is a relatively new discipline integrating physics, astronomy and chemistry," says Mr. Vasyutin. "The group partnering the Max Planck Society will be the first one of this kind in Russia. Partnership with our German counterparts will encourage research visits and exchange of ideas between the parties. As the relationship takes hold, experts expect that this bilateral activity will increase and strengthen international cooperation in science.

Star formation in general and, specifically, astrochemistry are studied by a small group of scientists in the world, and there are few such specialists in Russia. "We have had a unique chance of creating the "Russian astrochemistry", as, among other things, we teach special courses at UrFU. We hope that we will achieve considerable results studying physical processes which had not been considered, such as small-scale instability in a dusty plasma and interaction of cosmic rays with cosmic dust particles, the chemical evolution of the interstellar medium and formation of organic molecules," said Anna Punanova who works in the laboratory.