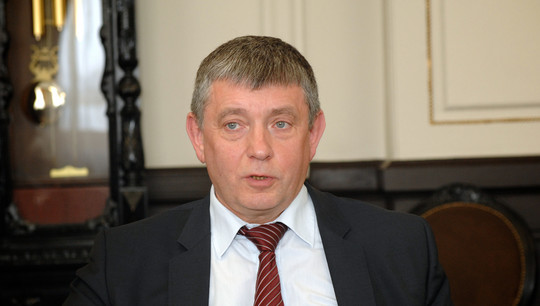 The rector of the Ural Federal University Viсtor Koksharov shared his view on the results achieved by the university in 2019, and spoke about the plans for the future. Among the key tasks are working with applicants, implementing new educational programs, digitalization, internationalization, collaboration with industry, position growth in prestigious rankings, etc. According to the head of the university, “the positive dynamics of the development of the university is the main result of the outgoing year.” Read more about this in an interview in the latest issue of the newspaper Uralskiy Federalniy.

In this issue, you will also find a report from the 2019 Student of the Year Awards, information on projects for the development of strategic academic units of Ural Federal University for the coming year, and an exclusive interview with InfoWatch CEO Natalya Kasperskaya, who talked about the pros and cons of digitalization in Russia, the first Russian smartphones and many other topics.

In turn, teachers, staff, as well as foreign students shared stories on the pages of the newspaper as they celebrate the New Year. A permanent column dedicated to the upcoming 100th anniversary of the Ural Federal University is also devoted to festive topics - in it you will find out what was written in university newspapers over the years before New Year's Eve. Plus, this issue presents its own top key events of the outgoing year, which have become landmark for the university.

As always, in the newspaper you will find a selection of relevant and useful information about the life of the university written in Russian.