University to Facilitate a Multinational Project About the World War II 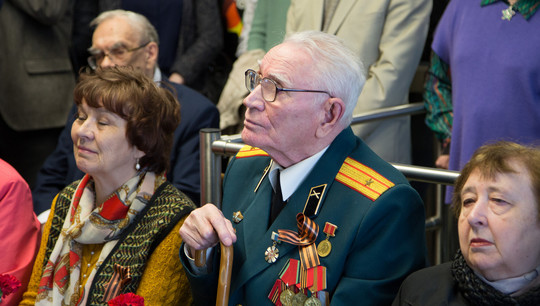 Project will revive the historic memory in 7 countries. Photo by Ilya Safarov.

In Ural Federal University aimed at preserving and reviving the historical memory about the feats done by the citizens of various countries in the World War II. The project “Our Common Victory”, supported by the Presidential Grants Fund, will be implemented in seven countries: Armenia, China, Kazakhstan, Kyrgyzstan, Mongolia, Russia, and Tajikistan.

Alumni of the Ural Federal University living in these countries will meet the youth on the topic “Our Common Victory”, alumni will also be involved in the organization of the “Historical Dictation” campaign and preparation of a thematic exposition in the Central Museum of the Great Patriotic War. Some alumni will prepare and publish a collection of interviews with the WWII veterans and historical reference materials. In addition, an international student scientific conference “Youth and a modern view of the events of the Second World War” will be held. Finally, special sets of postcards on the contribution of each country participating in the project will be printed and distributed.

The “Our Common Victory” project will be implemented by the Fund for Assistance in the Implementation of UrFU Projects by the Alumni of UPI, USTU-UPI, USU and UrFU. Historians, members of the military and historical societies of the countries participating in the project, graduates of the Ural Federal University living in the countries participating in the project are invited to a position of experts for the project. Support is provided by the Alumni Association of UPI, USU, and UrFU.