University Will Go on a Week Break
More

University Will Go on a Week Break

Students will return to distance learning in a week after 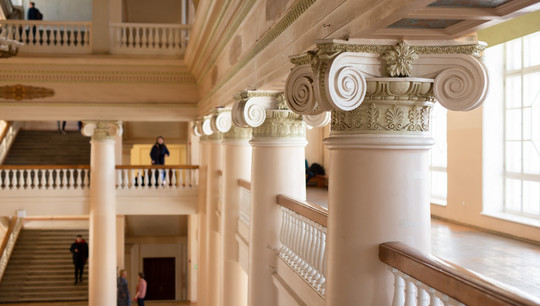 Access to the university from March 28 to April 5 is allowed only by personal application signed by the rector. Photo: Polina Pogrebitskaya.

Students of the Ural Federal University at all levels and forms of study will go on a break. The corresponding order was signed by rector Victor Koksharov. On April 6, students return to classes in a remote format, the introduction of which the head of the university ordered earlier.

“Our main task is to ensure the safety of students, teachers and staff,” Rector Koksharov emphasized. - In the current epidemiological situation, the best thing to do is to stay home, avoid traveling, moving around the city and visiting public places. I hope that both students and teachers will spend this time with benefit.”

The rector’s order does not apply to those employees whose work cannot be suspended.

At the same time, for teachers, two Saturdays, March 28 and April 4, will be considered workers, but you do not need to come to the university: the head of the university recommends at this time preparing for classes or developing resources for taught courses. Reports on the implementation of the educational process until April 5 can not be provided.

Access to the university from March 28 to April 5 is possible only by personal application signed by the head.

Earlier the Minister of Science and Higher Education Valery Falkov signed an order to provide students with vacations from subordinate to the Ministry of Education and Science of Russia from March 28 to April 5. On Tuesday, the president, in a televised address to Russian citizens in connection with the new type of coronavirus pandemic, declared these days off days; the corresponding decree was published on the Kremlin website.

“And believe me, the safest thing now is to stay home,” as Vladimir Putin emphasized.