The Gorky Club, an Educational Project of the University, Was Launched
More

The Gorky Club, an Educational Project of the University, Was Launched

Everyone is welcome to attend the lectures 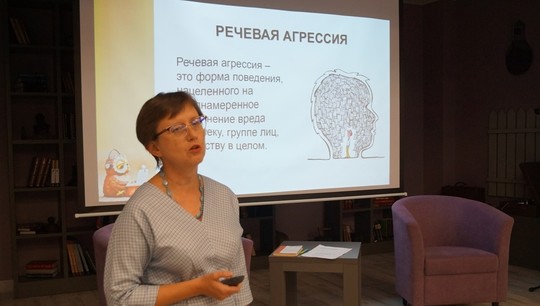 Anna Plotnikova discussed at the lecture about speech conflicts and the new emotionality. Photo: Tatiana Kuznetsova.

On September 7, Ural Institute of Humanities at Ural Federal University and the Ekaterinburg Administration's Department of Culture launched a joint project called the Gorky Club. University professors will give public lectures at the City Library Center every Tuesday and Thursday.

On September 7, the first meeting on the topic "Chinese Style" in Russian Art: from the "Painted Museum" to the avant-garde was lectured by Sergey Vinokurov, senior lecturer at the Department of History of Art and Museology. He introduced the audience to the most striking examples of the chinoiserie style in the art of the Russian Empire in the 18th and early 20th centuries: from the "Painted Museum" at the St. Petersburg Academy of Sciences and the first Chinese lacquer and porcelain cabinets to the colorful works of the Russian avant-garde.

On September 9, the second lecture on the topic "From conflict in social networks to crime: hurtful words and how to avoid them" was read by Anna Plotnikova, professor of the department of fundamental and applied linguistics and text science of Ural Federal University, chief state forensic expert of the Ural Regional Center of Forensic Expertise of the Russian Ministry of Justice. The meeting was devoted to speech conflicts, new emotionality and conflict situations arising in social networks.

On August 25, UrFU Ural Institute of Humanities and Department of Culture of Ekaterinburg city administration signed an agreement on cooperation for the next academic year. Educational lectures within the project "Gorky Club" will be held every Tuesday and Thursday until next May.