Student login
Menu
About the University/UrFU in Rankings 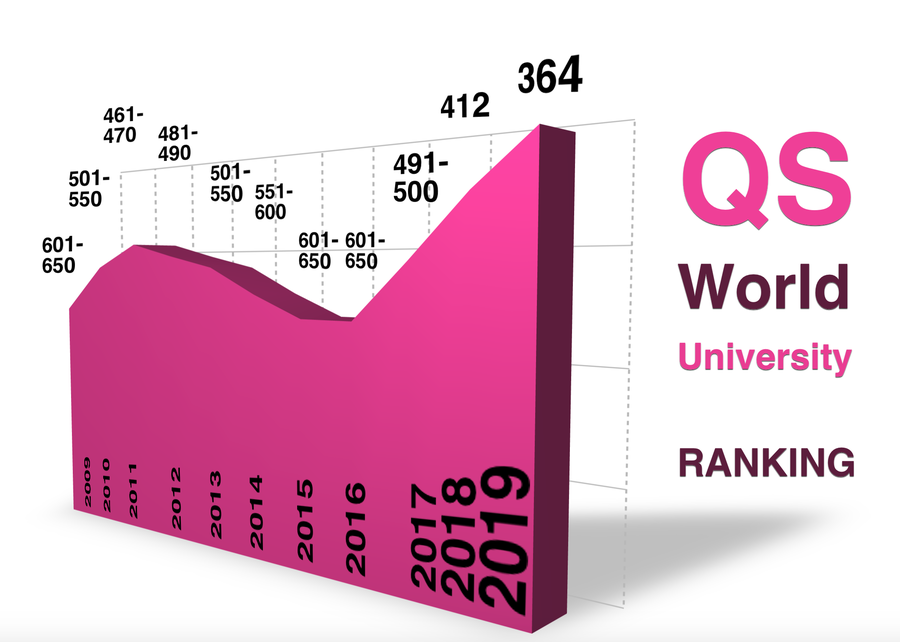 Ural Federal University became the first Russian University to be noticed by Fitch Ratings Agency. This agency included UrFU into the Long-Term Foreign- and Local-Currency Issuer Default Ratings (“IDR”) at “BB+” level.  Besides, the university was assigned a National Long-Term rating of 'AA (rus)' and a Short-term foreign currency IDR of 'B'.

Ural Federal University made it to the top three leading Russian universities as per the number of the Russian Science Foundation grantees.

According to the results of the contest conducted by the Pension Fund of Russia, Ural Federal University was declared the best employer.

Ural Federal University was one of the winners of the Best Taxpayer 2013 contest.

The Ural Federal University electronic archive is ranked first in Russia and was included into top-400 of Webometrics Open Archives’ Ranking of World Universities.

Specialized Educational Scientific Center (SESC) of UrFU confirmed its status of the best school of the Urals and was included into top 10 of the best Russian schools, according to the results of the study of Moscow Center for Continuous Mathematical Education, conducted with the assistance of the Federal Ministry of Education and Science.

Ural Federal University took several positions in the top-5 of the “Quality of admission to the state-funded places in the RF public universities” ranking prepared by the Higher School of Economics with the assistance of the Federal Ministry of Education and Science of the Russian Federation.

The UrFU Department of Journalism made it to the top ten in the ranking of 100 Russian universities training Bachelors of Mass Media. This ranking was prepared by the Ministry of Communications and Mass Media of the Russian Federation.

Business School of UrFU was included into the world rating of the best 1000 Business Schools, prepared by the Eduniversal Agency, ranking 12th among the best Russian business schools.