The effectiveness of copper nanoparticles as a catalyst has been proven 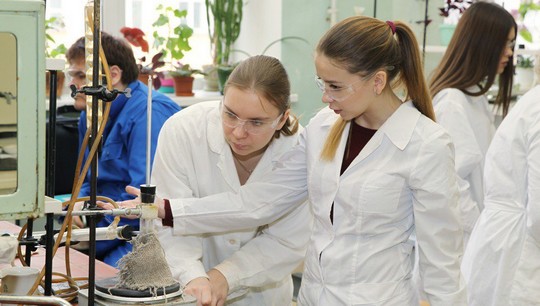 Copper nanoparticles are inexpensive: there are many simple ways to obtain them from cheap raw materials. Photo by Mikhail Shershnev

Chemists of Ural Federal University with colleagues from India proved the effectiveness of copper nanoparticles as a catalyst on the example of analysis of 48 organic synthesis reactions. One of the advantages of the catalyst is its insolubility in traditional organic solvents. This makes copper nanoparticles a valuable alternative to heavy metal catalysts, for example palladium, which is currently used for the synthesis of many pharmaceuticals and is toxic for cells.

"Copper nanoparticles are an ideal variant of a heterophasic catalyst, since they exist in a wide variety of geometric shapes and sizes, which directly affects the surface of effective mass transfer, so reactions in the presence of this catalyst are characterized by shorter reaction times, selectivity and better yields," says co-author Grigory Zyryanov, Doctor of Chemistry, Associate Professor of the Department of Organic and Biomolecular Chemistry of UrFU.

One of the promising areas of application of the copper nanoparticle catalyst is, first of all, the creation of medical products using cross-coupling reactions. In 2010, for work in the field of palladium catalyzed cross-coupling reactions, the Nobel Prize in Chemistry was awarded to scientists from Japan and the USA: Richard Heck, Ei-ichi Negishi and Akira Suzuki. Despite worldwide recognition, palladium catalyzed cross-coupling reactions are undesirable for the synthesis of most medications due to the toxicity of palladium for living cells and the lack of methods for reliable removal of palladium traces from the final product. In addition to toxicity, the high cost of catalysts based on palladium, as well as another catalyst for pharmaceuticals, platinum, makes the use of copper nanoparticles economically and environmentally justified.