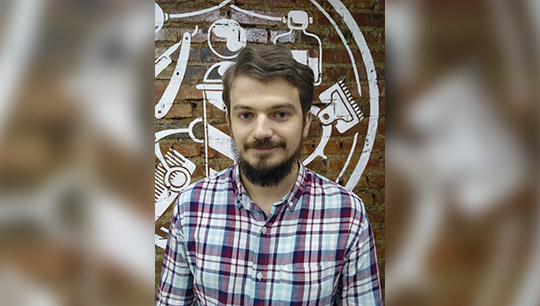 By the decision of the Council  for Grants of the President of the Russian Federation for the state support of young Russian scientists, the senior lecturer of the Department of Radio Electronics and Communications of UrFU Vasily Borisov won the contest of 2018-2020 for the President’s Scholarship. Borisov's project theme is "Intellectual multimodal interface for functional studies of the brain". Vasiliy Borisov is an employee of the Institute of UrFU Radioelectronics and Information Technologies. During his work he took part in 14 international conferences and became the author of a number of scientific publications indexed in science databases: 11 in Scopus, 7 in the Web of Science and 15 in the Russian Science Citation Index.

‘For me, this is a recognition that I am moving the right way,’ says Vasily Borisov. ‘Undoubtedly, such support is a good motivation for the further development of the project. I want to express my gratitude to my scientific adviser Vladimir Kublanov and colleagues from the scientific research medical and biological engineering center for high technologies. I would also like to tell all the students and graduates wishing to conduct interesting scientific research in the design and development of systems and technologies for functional diagnostics of a person at our Institute, there is the master program "Intelligent Information Systems and Technologies for Functional Diagnostics and Neurorehabilitation". Join us!’