A Foreign Postgraduate Student Defends a Dissertation About Genes' Mutations 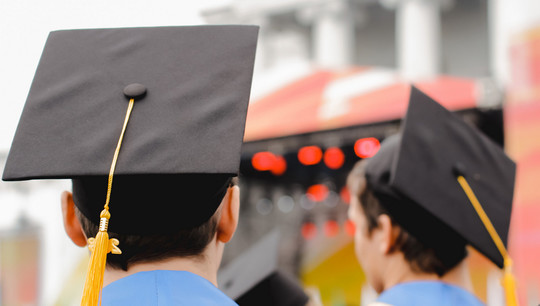 A young scientist revealed significant pathophysiological mechanisms of the formation of certain types of immunodependent pathology based on bioinformation analysis. Photo: Daria Pletneva.

Liu Guojun, PhD student at the Department of Medical Biochemistry and Biophysics, at INSMa UrFU, defended his thesis on "Pathophysiological gene-dependent mechanisms of certain types of immuno-mediated pathology." Defense took place on February 27 at the Institute of Immunology and Physiology, Ural Branch of the Russian Academy of Sciences. For the dissertation council, this is the first defense by a foreigner in English, confirmed by the Higher Attestation Commission of the Russian Federation.

“Liu Guojun has a very complex, unique, breakthrough topic, because for the first time data on bioinformatics was presented. He conducted bioinformatic research in the field of bladder cancer and primary immunodeficiencies. Therefore, he needed two supervisors - Irina Tuzankina and Valery Chereshnev, employees of the immunochemistry department of KhTI of the Ural Federal University, ”says Irina Danilova, head of the department of medical biochemistry and biophysics of the Institute of Natural Sciences and Mathematics of UrFU. “Of course, I would like Liu Guojun to remain working in Russia and continue to develop in this new promising area.”

Thanks to the development of genetics, scientists can identify common patterns of network interactions within the genome that help explain how the body responds with numerous multidirectional processes in response to a specific point impact. In the work, a young scientist revealed significant pathophysiological mechanisms of the formation of certain types of immunodependent pathology based on bioinformation analysis.

"In the study, diseases such as bladder cancer and primary immunodeficiency (PID) were selected as models of immunodependent pathology, attention is paid to one of the most common forms of PID - general variable immune deficiency and one of the rarest forms - Hennekam’s syndrome," as Liu puts in his work.

The use of new knowledge about the pathogenetic mechanisms of the development of immune-mediated pathology will allow for early diagnosis of the disease, to predict the course and monitor the effectiveness of therapy.