New Interdisciplinary Program to Be Established at UrFU
More

New Interdisciplinary Program to Be Established at UrFU 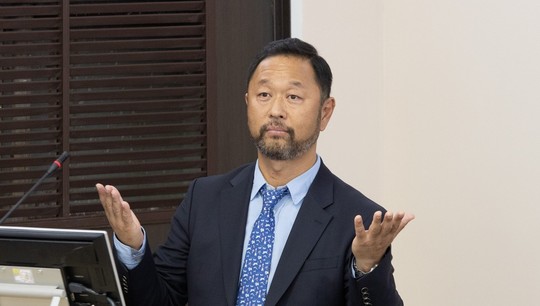 In September, the Ural Federal University will launch a training course for PhD Sports & Art. This was agreed by the rector of UrFU Victor Koksharov and Professor James Kim. The meeting was held during the visit of a South Korean professor to Yekaterinburg.

“We plan to invite students from Korea, England, America, Japan, China with experience in sports and art to the program. The main goal, of course, is to train specialists for the 2023 World University Games in Yekaterinburg,” said James Kim.

The commercial course is aimed at training professionals at the intersection of sports and art. There are almost no such programs in the world. Even existing programs are more focused only on painting. The new UrFU program will include many branches of art, for example, sports photography, designing sports facilities, developing logos and uniforms for sports teams, creating hymns and much more. In addition, special attention will be paid to e-sports as a developing sport, which in the future is likely to be included in the Olympic program.

At the end of September, in the framework of cooperation with South Korea and in honor of the anniversary of the university, an exhibition of the works of Professor Yoon Ye Ja will be held in the GUK building of UrFU. The professor has a doctorate in fine arts, Yoon Ye Ja is a successful and famous artist (in the last three years alone, seven exhibitions have been held in the largest galleries in Seoul, Tokyo and Macau). He is a representative of the new direction of Sport & Art.

James Kim holds a PhD in sports and international politics from the University of Surrey (London, UK). In addition, he holds leadership positions in the Korean Association of Sports Policy, the International Association of Sports Management, is the organizer of the largest international competitions in various sports. As an athlete, he played for the Korean national field hockey team, commented on the 2004 and 2008 Olympic Games.