Enterprises, universities, scientific organizations from different regions of Russia became the new parties of the Research and Education Center program 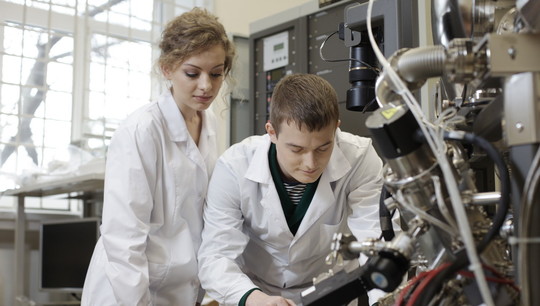 The Ural REC will allow increasing the R&D volume in the Urals. Photo: press service of UrFU.

Ural Interregional Research and Educational Center (REC) of the world level “Advanced Production Technologies and Materials” was replenished with 63 new participants, including industrial enterprises, universities, scientific organizations of the Sverdlovsk, Chelyabinsk and Kurgan Regions, as well as representatives of other regions of Russia and Moscow.

The Chairman of the Supervisory Board of the Ural Federal University, Dmitry Pumpyansky, assures that the REC will help significantly strengthen the industrial potential of the region and increase the competitiveness of domestic science and industry.

“The REC will make it possible to increase the volume of applied research in the Urals, create the conditions for the development of competitive technologies and their early implementation,” Pumpyansky emphasized. - The new structure is designed to develop innovation based on the effective interaction of universities, academic science and production. Enterprises are interested in intensifying this process, since in the long run it will give a real economic effect both due to new products and technical solutions. Ultimately, the REC must become the leading key center for Russia's innovative development. ”

According to the Rector of UrFU Victor Koksharov, over the period since the center was created, a lot of work has been done with the participants that are already included in it, as well as with those who are just planning to join.

“Those projects that correspond to the selected areas of the REC will become the foundation of his program of action in subsequent years,” says Koksharov. - As a result, several key projects related to large enterprises and corporations were selected in the fields of aerospace and aircraft manufacturing, industrial and urban ecology and new energy, which will be based on new production technologies and materials, as well as dozens of other projects proposed by enterprises and scientists region".

At the moment, more than 70 organizations have expressed a desire to become participants in the REC, and 63 of them have filled out the necessary documents and become full members of the integration agreement, that is, participants in the current Ural interregional REC. Among them are not only leaders of the Ural economy, but also representatives of other regions of Russia. First of all, we are talking about several enterprises and research institutes of the state corporation Rosatom.

In the near future, the regional governments that have allocated funds to support REC projects will determine the first recipients of subsidies on a competitive basis.

The Ural REC was created in July 2019 - the first 15 participants signed the integration agreement then. A working group for the development of the REC has been created, headed by the chairman of the Ural Branch of the Russian Academy of Sciences, member of the Supervisory Board of the Ural Federal University, academician Valery Charushin, as well as the management team of the center, assembled on the basis of the Ural Federal University together with the South Ural and Kurgan State Universities. Plenipotentiary of the President of the Russian Federation in the Ural Federal District Nikolai Tsukanov agreed to head the supervisory board of the REC, which included the governors of three regions.