The best dynamics are in metallurgy, ecology, earth sciences and R&D 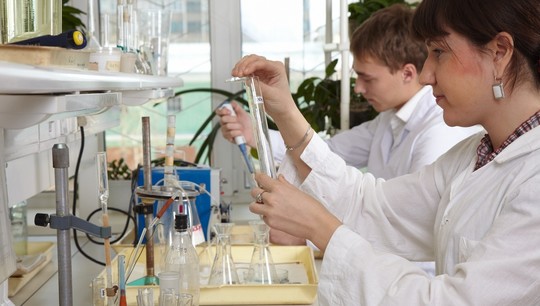 Ural Federal University has shown growth in a number of areas in the new ranking of faculties published by the Expert Analytical Center. At the same time, the university excelled in the ranking of inventive activity, the results of which are also published today.

As for the index of inventive activity of Russian universities, here UrFU rose from 13–16th to 12th place, gaining 5.4 points more than the previous year. The total score increased, first of all, due to the “Demand” block. The university also has high scores in the “Baseline” block (an increase of 5.2 points occurred during the year). The share of existing patents has also grown.

“Strengthening and growth in a very wide range of directions indicates a correctly chosen university development strategy,” rector of the Ural Federal University Victor Koksharov comments on the rating results. - We continue to develop ties with leading educational and scientific organizations - both Russian and foreign. Thanks to this, the university is becoming increasingly visible on a global scale. “Its competitiveness and ability to attract the best scientists, teachers and applicants directly depends on this.”