Chinese Researcher Publishes a Monograph on Russian Literature in UrFU 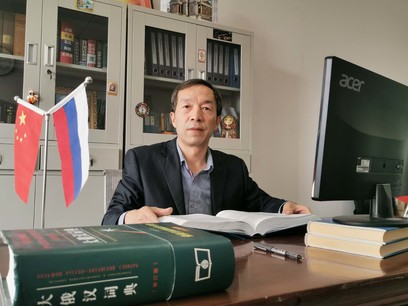 The publishing house of the Ural University publishes the scientific monograph of the Chinese researcher Li Yalin “Interpretation of Russian literature in the criticism of G.V. Adamovich, referring to the period of his collaboration with the Parisian weekly newspaper "Zveno" (tran. 'Nexus', publ. 1923-1928). Professor of the Department of Russian and Foreign Literature Yulia Matveeva became one of the book's scientific reviewers.

In the monograph, the Chinese scientist examines thematically and substantively the reviews and essays of G.V. Adamovich, dedicated to Russian classics, poets and writers of the Silver Age, the literature of the Russian emigration and the literature of Soviet Russia. The author tries to reveal the mechanism of analytical thinking, the principles of aesthetic and philosophical-ethical judgments of the founder of the “Parisian note”.

The publication became possible thanks to scientific cooperation between the Department of Philology of the Ural Institute of Humanities (UrFU) and the Faculty of Russian Language and Literature of Lanzhou Polytechnic University.