University Has Improved Its Performance in the Health Care Subject Area 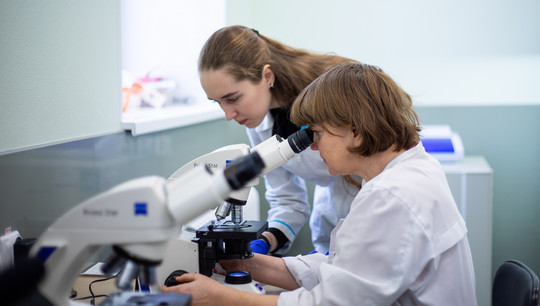 In the TNE WUR subject rankings, universities are evaluated according to the same 13 indicators as in the overall world ranking. Photo: UrFU Press Center.

Every year Ural Federal University develops its key areas of activity more and more successfully, and this is reflected in authoritative Russian and world rankings. For example, in the new subject ranking of the British magazine Times Higher Education, UrFU moved up one position in the Health Care indicator, ranking sixth among Russian universities. In the Life Sciences ranking the university was 13th, and in the Physical Sciences ranking it ranked 15th in the country.

UrFU Rector Victor Koksharov notes that all three rankings showed the university' s development in the area of internationalization and scientific research.

We remind you that universities in the TNE WUR subject rankings are evaluated according to the same 13 indicators as in the overall world ranking. However, the indicator weights vary depending on the subject area of the rankings. In order to participate in this or that subject ranking, universities need to overcome certain thresholds in terms of the number of publications within a given scientific field and the share or number of teaching staff working in a particular field. Each subject ranking has its own thresholds.